It’s not always easy to know where to start after deciding to act on climate change and the environment.

An average household emits approximately 12 tonnes of CO2 into the atmosphere each year. A car can make up about 11% of that total, making it the third biggest contributor in the household. 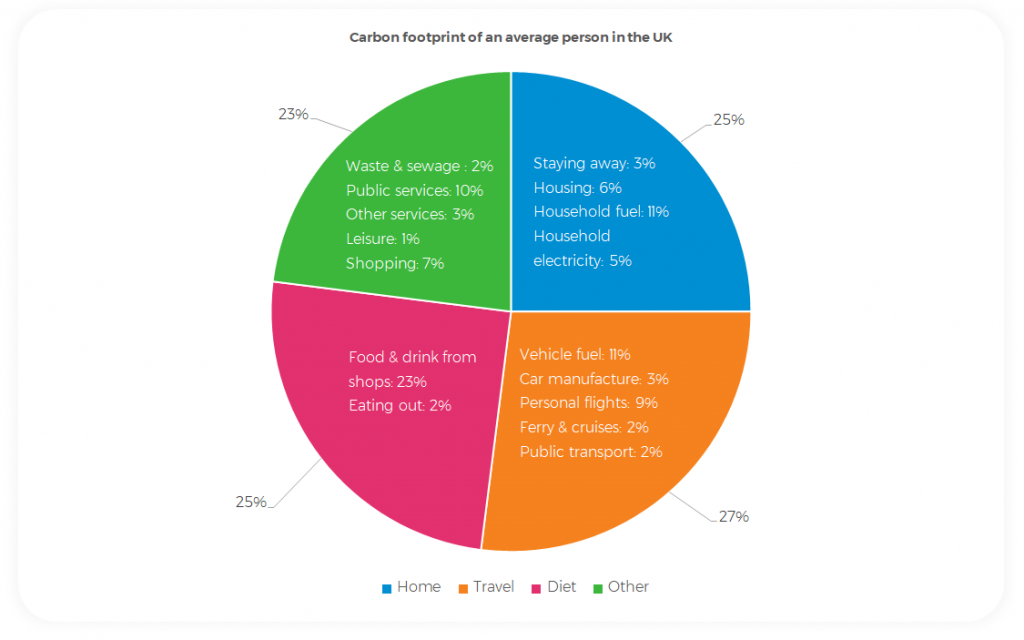 If this has made you want take action, we have good news! Driving an electric vehicle (EV) through can help you cut your carbon emissions drastically.

The average age of a petrol car on the road in the UK during 2020 was nine years, while the average age of a diesel car in the same year was eight years. Older vehicles aren’t efficient and emit greenhouse gases which contribute not just to climate change and environmental problems but to poor health and early deaths too.

The principal benefit of an EV is that it does not emit this harmful CO2 into the atmosphere. As heavy industry has been mandated to clean up its act, it’s currently estimated that half of London’s air pollution is caused by what is emitted from the back of vehicles.

The government wants carbon emissions to be reduced to zero by 2050 – and EVs will play a huge role in that reduction.

There is an argument that the generation of electricity to power EVs and also the production of the cars themselves in car plants around the world negates any impact that the zero emissions might have. The production of lithium-ion batteries which go into the EVs does indeed involve emissions. However, research has shown that only a third of the CO2 emissions that an EV is responsible for across its lifespan are from when it was being built. This figure is falling all the time as technology and production techniques evolve.

Even after considering the emissions created during the generation of electricity, EVs are cleaner. Carbon emissions of an EV are still between 17% and 30% lower than those from driving an ICE car. Research into the re-use and recycling of batteries used in EVs is also ongoing. You can be assured that if the environment is your prime concern, an EV is the perfect choice.

Concerns over the effects of vehicle emissions have also resulted in the creation of Clean Air Zones (CAZs) around the UK. Drivers of inefficient cars must pay to drive through a CAZ, of which there are now more than 30 up and down the country with more being added all the time. EV drivers don’t have to pay a penny, because their cars don’t emit the harmful fumes.

If your regular journeys include passing through a CAZ, or you’re concerned about the effects of climate change, an EV is a sensible choice for your next car. And salary sacrifice is one of the cheapest and easiest ways to get behind the wheel of an EV.