EV myths busted: how far can I travel in an electric vehicle?

The world of electric vehicles (EVs) can seem a bit daunting if you have no previous experience of them. Learning more about EVs and how they work is an opportunity to put your mind at rest before deciding if now is the right time for you to make the transition.

One of the biggest concerns about EVs is how far they can travel before they run out of power. This is commonly known as ‘range anxiety’ and is understandable, given how long society has relied on vehicles powered solely by an internal combustion engine (ICE). However, 2021 research by the RAC Foundation and the most recent results of the Government’s National Travel Survey paints what may be a surprising picture to those who have not yet made the switch.

If a car driver drove 30 miles in a day, the EV could handle this just as well as a car with an ICE. An EV also has the capability to be charged more frequently than a car is filled with fuel, simply by being parked in the same location every night. The EV can be treated in almost the same way as any other daily essential with a rechargeable battery, such as a mobile phone.

Longer journeys must be planned, just as they would in any other car. And just as a petrol car could run out of fuel on the way to its destination and need to be filled up at a filling station, so an EV can get a charging boost at one of the thousands of points up and down the country.

If you decide you’d like to start driving an EV, you’re going to need to charge it in the same way that you’d need to fill an ICE car with fuel. The RAC Foundation’s research also found that:

When you drive an EV through a Zenith salary sacrifice car scheme, we will also support your application to install a reduced cost home chargepoint under the Government’s Electric Vehicle Homecharge Scheme.

However, although millions of people in the UK would be able to park and charge their EV at home, there are almost as many people whose home doesn’t allow them to do this. They would need to use public chargepoints – and there’s more of those around the country than you might realise. In fact, as of 16th June 2021, there were 24,364 public chargepoints in the UK. 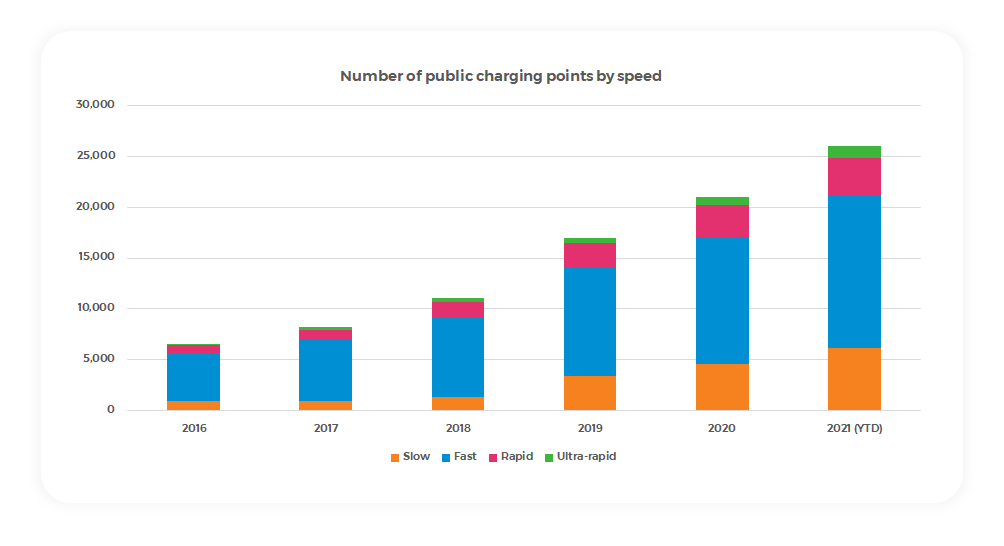 What’s more, the range of the latest EVs keeps on increasing and increasing. The sky is the limit – or rather, the horizon is!

A guide to fuel types and electric vehicles

There are many ways in which vehicles are powered. Without getting too technical, here’s a simple guide to the different fuel types currently available and how they work.

Why choose an electric vehicle?

Whether it’s cheaper to run or it’s green credentials, more and more people are choosing to go electric. Let’s look at the benefits.

A guide to electric vehicle tax and finance

Electric and low-emitting vehicles can offer real financial benefits and cost savings compared to petrol and diesel equivalents. Read our guide to find out how.